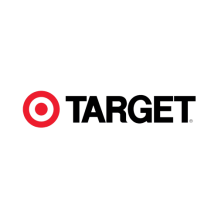 Like many Minnesotans, I am a regular Target customer. There are several that I visit on a regular basis – one near my house, another near work, and another “on my way home.” It use to be that I could visit a Target store in Apple Valley, MN or Fargo, ND or Anaheim, CA and easily find my way around because the layout of the store was basically the same. Sure they had different items (especially seasonal ones), but overall there was, what seemed to me, a universal pattern.

Recently that pattern has changed. For example, the Target by my work in St. Paul added a liquor store at one of the entrances. And the one “on my way home” had the home decorating items laid out in a display similar to someone’s living room. While I can still find the groceries and cosmetics, sporting goods and books, over the past several years I have begun to seen changes…most of them subtle, but some a bit more dramatic.

Last night I had to get groceries (and a few other things), so I went to my local Target and noticed more changes. In addition to the redesigned self-serve check-out lines there were several displays “between departments” that integrated various items from across the story and created “real life” scenarios. One scenario was all things “heading to the beach” and another was “what you need for your office.” It was interesting because they took things from different sections of the store and they put it together in a way that made sense to me. It was how I use their products at home. (A chair from the furniture section, with a pillow and rug from home decorating and a book from the book section with a Mother’s Day card sitting right next to it.) Not only that, but they put them at intersections or places that I would pass for various reasons. It was like they had mapped people’s travel patterns and were creating hubs throughout the store. While I noticed this new feature, I didn’t think much of it the rest of the night, as I had groceries to put away (along with the other items – planned and not planned – that I had purchased).

Having also been to worship this weekend, another place I visit regularly, I paused today to reflect more on my visit to Target. Maybe there are lessons religious leaders can learn from Target? And in fact, I think Target is embodying several of the principles Hayim Herring and I discovered in our research. Let me offer two thoughts:

I’m not ready to say congregations should become Target. What I am suggesting is that there are lessons to be learned from a variety of places on how people can gather in meaningful ways. We as congregational leaders need to pay attention. It is time to rethink our patterns, because people’s patterns are being reshaped in all areas of their lives. And changing patterns is not about being novel, it is about realizing that the way congregations remain faithful is by engaging people in ministry. Therefore, stepping back and reflecting on what we are doing and while is so important.